Join us from 6:00 – 7:00 pm for a cash bar reception at the Brewery, and then we will walk across the street to the Beer Hall for dinner, including a complimentary (free!) selection of beer from 7:00 – 9:00 pm, and hear Geoff Blum from the Houston Astros speak on leadership and being a team player.

During his playing career, Blum played two stints with the Astros, totaling five seasons in Houston (2002-03, 2008-10). A switch-hitter, Blum was known as one of the top pinch hitters and utility players in the game, appearing at all four infield positions for nine straight seasons (2000-08). He appeared in the postseason on three occasions (2005-06, 2011). In 2005, Blum hit a go-ahead solo home run in the 14th inning in Game 3 of the World Series to become the 30th player to homer in his first World Series at-bat. 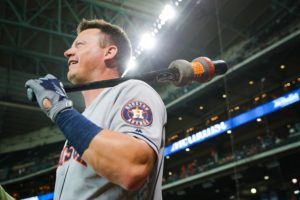 See you at Saint Arnold’s,

MSCI’s New Metal Safety Workshop Series January 19, 2021 - September 15, 2021 Educational Events Safety E-Learning Operations Professional Development Safety OSHA's National Emphasis Program for Metals March 10, 2021 Safety Webinars Fundamentals of Metallurgy March 16, 2021 - March 18, 2021 Educational Events E-Learning Metallurgy Professional Development CEO Huddle: In the Moment - March March 18, 2021 Carbon Conference Webinars See All
We use cookies to ensure that we give you the best experience on our website. If you continue to use this site you agree to our Privacy PolicyClose

Please do not refresh this page or click any other buttons, you will be redirected shortly...